Search
Home
Blogs
HOLLOW FLASHLIGHT
A flashlight is a portable handy electric light which are usually a normal light bulb or LED. These flashlights are powered using a normal battery. Scientist are trying to harvest the energy and make the use of renewable source.
In all of this, a Canadian teenager named ANN MAKOSINKI invented a battery free flashlight which doesn’t use any kind of source like toxic chemicals, solar, etc. to power the flashlight. ANN MAKOSINKI, she came up with this idea when her friend was failing due to electricity issues. There are lots of people who don’t have access to electricity even today. 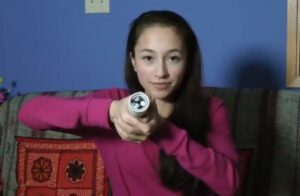 So, how does it works?
A human body is capable of powering a 100W bulb. Ann invention of hollow flashlight is powered solely by the heat of human hand. Yes you heard it right, a human powered flashlight. It works on the “Principle of Thermoelectricity”, which is direct conversion of heat into electricity. Thermoelectric effect is the change of temperature differences to electric voltage and vice versa. She implemented this effect using a “Peltier Module” or “Peltier Tiles”. This tiles captures and converts energy when there is temperature difference between two sides of the tiles. Hollow flashlight requires only 5 degree of temperature difference to switch on the LED. To glow the LED to an adequate amount of brightness, only 0.5mW of power is required and our body produces approximately 5mW of power per cm square. One side of the tile is heated using human hand and other is cooled using the ambient air. It means that the heated conductive material causes electrons to spread outwards and the cold conductive material causes electrons to condense inwards and this results into the transfer of electrons from hot tile towards the cold tile producing a current. After the power generated from the Peltier tiles, it is up voltage using a transformer which makes it to a level which can be used to glow the LED. 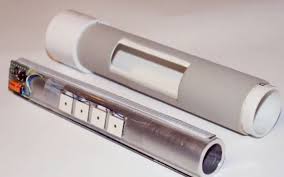 Researchers are looking into a way to capture human heat to power devices like hearing aid and pacemakers. It can be used for places where there are no availability of electricity. This can be the best method to harvest the available source of energy in productive manner using Peltier tiles. This further adds on to prevent the use of toxic chemicals battery and move on to a cheap renewable alternative.
Pic Courtesy: https://www.youtube.com/watch?feature=player_embedded&v=9CCGUMkcbjg
http://newhorizonindia.edu/co-curricular/techsharing/2017/03/29/6-hollow-flashlight/
Editor: Miinaz Vadaliwala